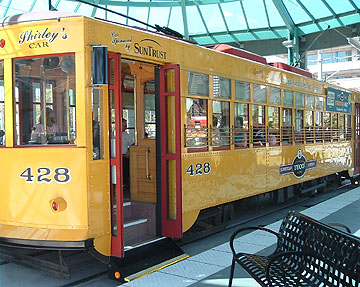 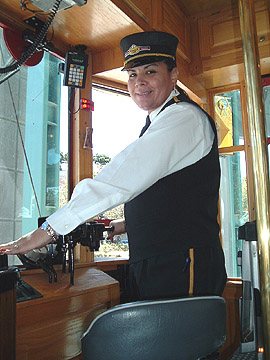 Car # 428 is sponsored by SunTrust Bank.  It's named "Shirley's Car" in memory of the late civic booster, well-known banker and community activist Shirley Ryals who died in 2000.

Shirley's passengers are greeted by this bright smile as they drop a nickel into the fare collection box. 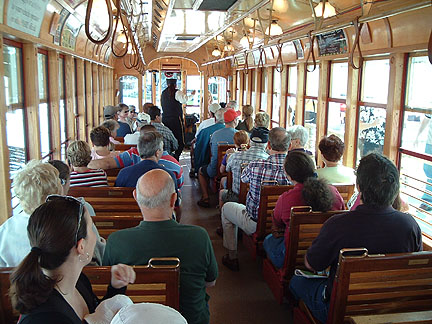 Passengers are ready to ride on this replica of the early streetcars.

The replicas are brand new, the only ones of their kind--factory built with overhead 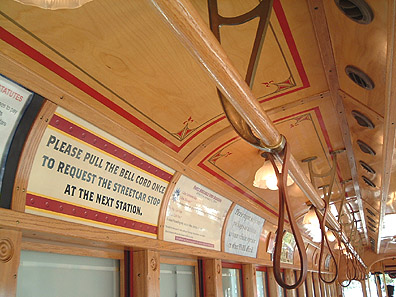 The streetcars operate on 600 volts of direct current provided by an overhead power distribution system. Each vehicle weighs 46,000 pounds and has a maximum operating speed of 30 mph. The capacity of each vehicle is 44 seated, with room for 40 standing passengers.  (From the TECOLine website at:  http://www.tecolinestreetcar.org/about/about_vehicles.html ) 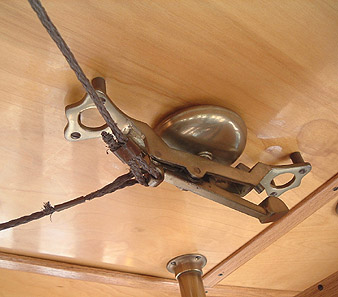 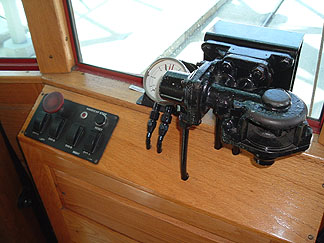 The bell cord cables are actually connected to a working bell. 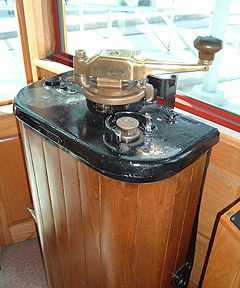 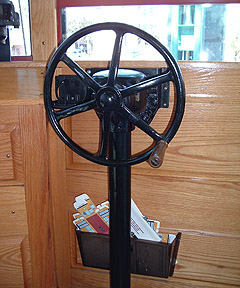 The equipment on the left is the "gas" and the shifter.