Drew Army Air Field is described in "Drew Field Echoes" Vol 1, Issue 1 as a "lusty youngster among Uncle Sam's military airports." Preparation to build the base began in Dec. of 1940. Buildings and barracks were built, and in Aug of 1941, work on the runways began with a ceremony that included burying a paving brick each from the cities of Tampa, St. Pete and Clearwater, in the first buckets of concrete poured. 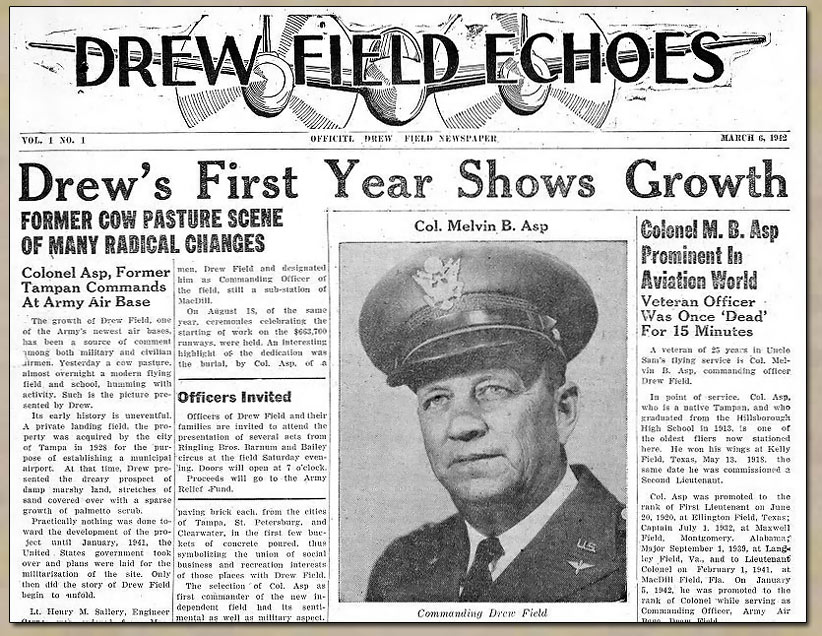 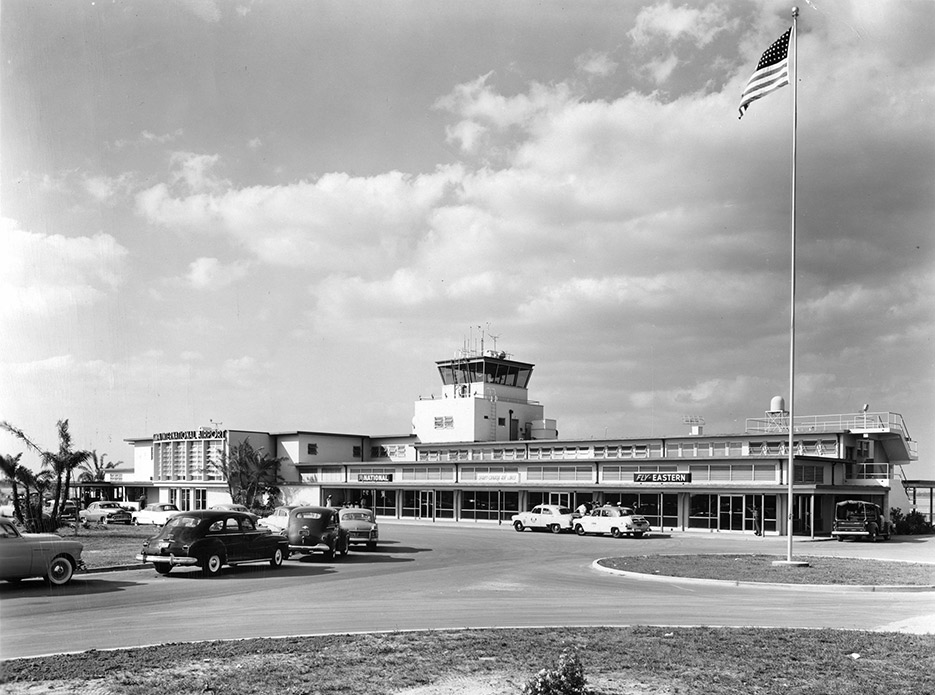 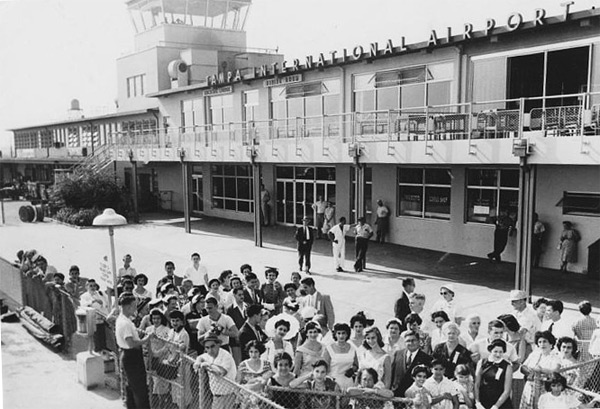 This photo provided by Angelo Rumore shows the Latin Fiesta group of 1957 going on their goodwill trip, probably to Cuba. 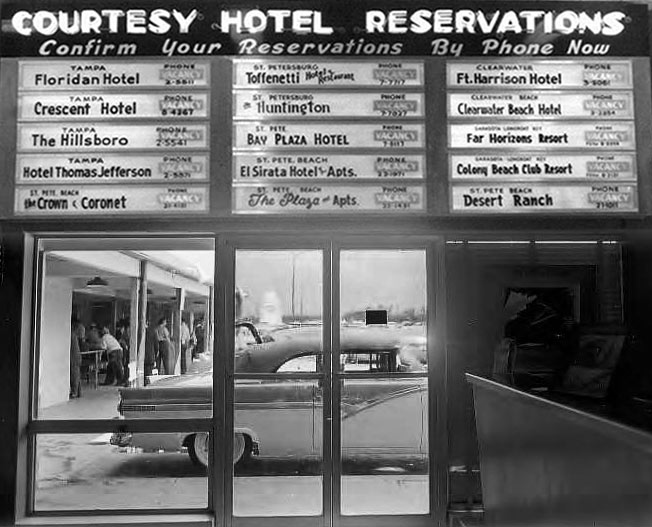 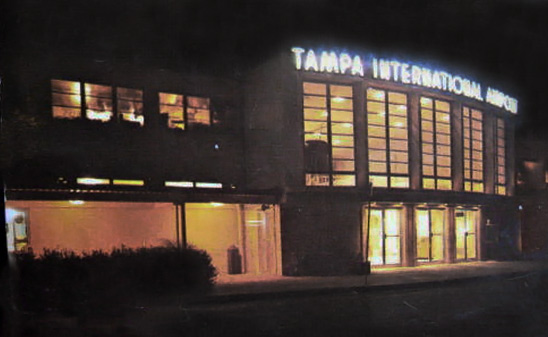 On your way to T.I.A., you could stop for a bite at the Airport Drive In at Dale Mabry and Columbus Drive.

Pass you cursor over the photo to see landmarks labeled.