Flight Deck Retrofit
Phase two of the FedEx MD-10 program was installation of the ACF, a liquid crystal display flight deck based on the integrated glass design in the MD-11. It featured six 8- by 8-in displays that showed all flight and systems information. Commonality with the MD-11 flight deck allowed flight crews to move from one airplane to the other with minimal additional training. The ACF included the following features:

AIRPLANE SYSTEM CONTROLLERS.
A major benefit of the ACF derives from the airplane system controllers originally designed for the MD-11. These controllers eliminated the need for a flight engineer by managing the functions of all major airplane systems, such as the hydraulic and fuel systems.

The FedEX MD-10's s luxurious First Class section (and ONLY passenger section.)  Room enough for 4 FedEx execs.
The cargo section is directly behind the partition behind the seats.  In the above left photo, a person can be seen crouching at the small access door to the cargo area at the upper right of the photo.  Above right photo shows view through this access door. 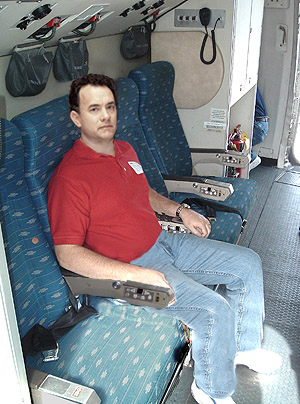 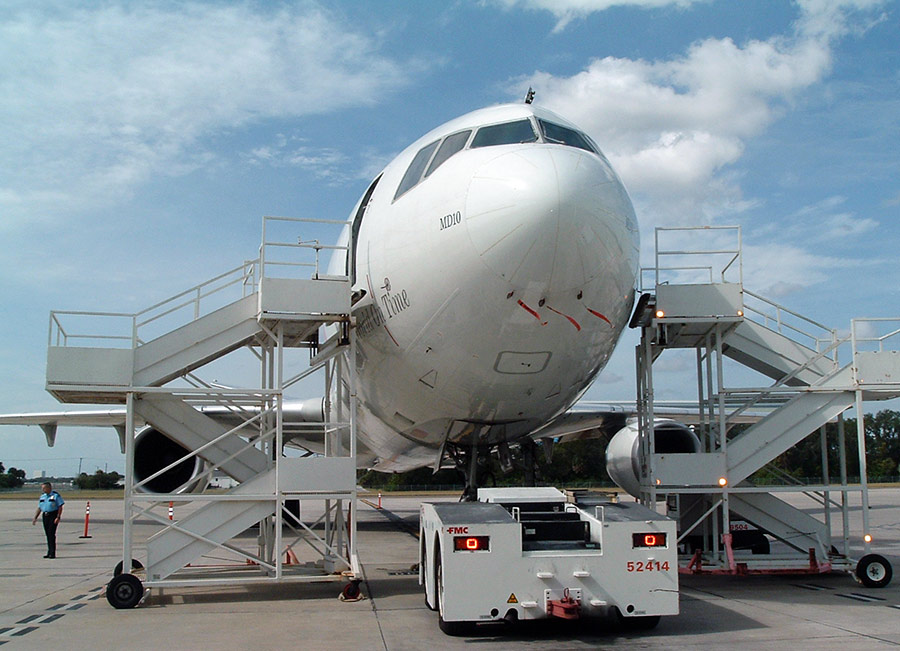 Read more about the MD-10 at the Boeing website where the above info was obtained and here.